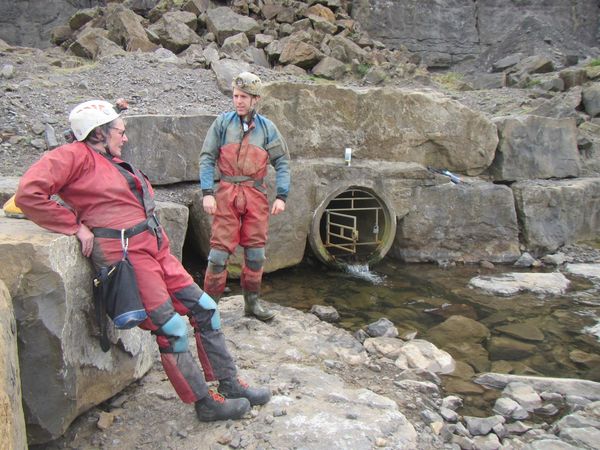 It'd been a few years since our last trip into Fairy Holes, and I was quite excited about the possibility of returning.

With the weather very much in our favour, we arrived at the quarry and made our way up the forestry track - or at least what once was the forestry track. Now it is more like the deforestry track. All the trees have gone (replanted with saplings) and the place is unrecognisable compared to last time. The parking spot was covered in forestry debris so we parked on the side of the track near the top gate.

Unfortunately, Gary was developing a migraine so opted out of the trip (choosing to fly his drone instead) but the rest of us made quick progress through the quarry and to the entrance. The entrance pipe has two locked gates, and is crawling in several inches of water, so you get wet legs and arms from the off.

Having done the trip in a 5mm wetsuit last time, and almost passed out with heat exhaustion, I opted for a neofleece today (half fleece, half 3mm wetsuit).

The description that was supplied with the permit was excellent throughout. About 25 minutes of fine easy caving in sizable stream passage with waist deep pools eventually reached the climb up into Vein Chamber, with a few reasonable formations. Back down the fixed rope to the stream, and upstream developed into an extensive streamway of straight passages broken by sharp bends - evidence for the highly fracture-driven nature of the stream passage. This varied from stooping, crawling, crabwalking, easy stomping, scrambling over blocks and everything in between, with nothing of any particular difficulty.

Part way along I stopped to read the Northern Caves Monitoring form that we were filling in - it referenced clastic sediments and various other technical jargon that I was wholly unfamiliar with. On vocalising my concerns about our ability to complete this, Fleur promptly reminded me that at the back of the group we had Pete, who just so happens to be a Professor of sedimentology! It seems our problems were well and truly solved!

Eventually we reached the choke with the climb up to Grave Chamber. Last time, we stayed in the water here and got very wet, but today we climbed up the steep slanting wall to a squeeze up into Grave Chamber, which is barely a chamber. A narrow sideways squeeze at the far right end of the 'chamber' soon opens out and a descent back down to the stream was possible.

A short distance on we reached the climb up into The Choir, a sizable chamber. This was shortly followed (via a crawl) by The Vestry, with some decent stalagmites.

At the end of The Vestry is a traverse to a window, which marks the start of about 25 minutes of rather arduous dry thrutchy crawling in a small twisting passage. Ursula, Pete and David opted to turn around here. Fleur and I pushed on at top speed, whizzing through the various crawls and building up enough heat inside our oversuits to melt lead. The crawls seem to go on for quite some distance but eventually we reached The Sarcophagus. This is a stunning chamber with some very nice unspoiled formations, significantly better than I had remembered, and worth the crawling.

After a few happy-snaps, we turned around here and headed out at top speed, arriving at the entrance only a few minutes behind the others. We were greeted at the end of the pipe by a buzzing noise - Gary's drone - here to greet us as we exited the cave into glorious sunshine.

Fairy Holes is an outstanding trip. It's proper Northern Dales caving at it's best, and a trip to The Sarcophagus is a lengthy day (about 4-5 hours) and a worthwhile destination. It's not one for wet conditions, but in settled weather neither is this one for a full 5mm wetsuit as the description suggests. Many cavers will be perfectly happy in a fleece and others in a 3mm wetsuit or ideally neofleece - You can actually keep your upper body completely dry throughout if you are careful, and the absence of any pitches to wait around at mean you don't get the chance to get cold.

Sadly Pete never did get to the clastic sediments; A good job otherwise poor Natural England may have ended up with a dissertation in the post! 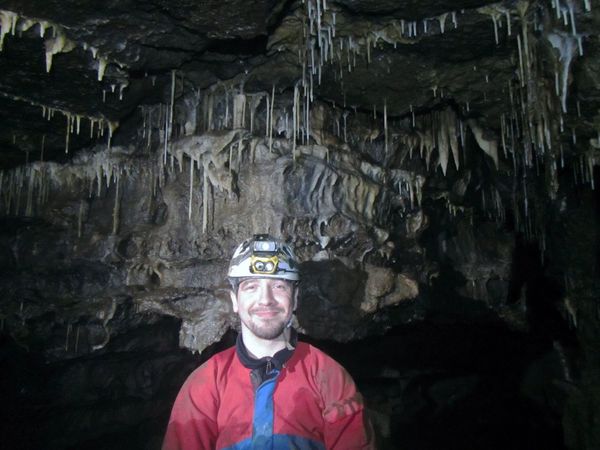 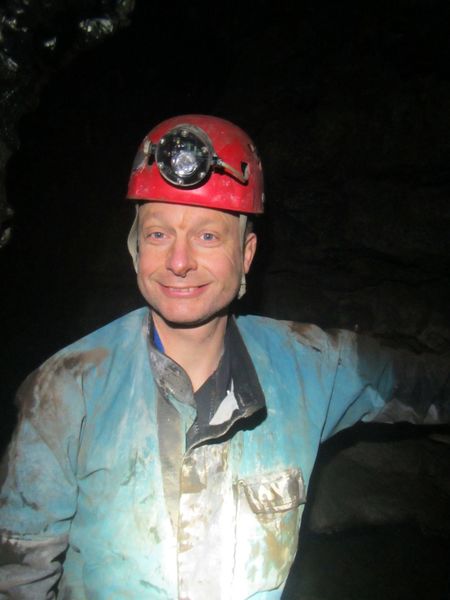 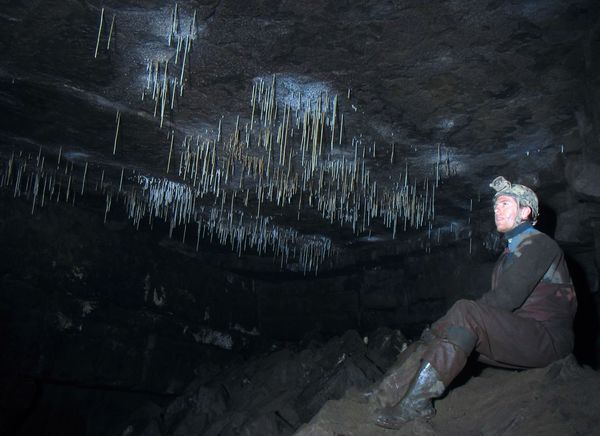