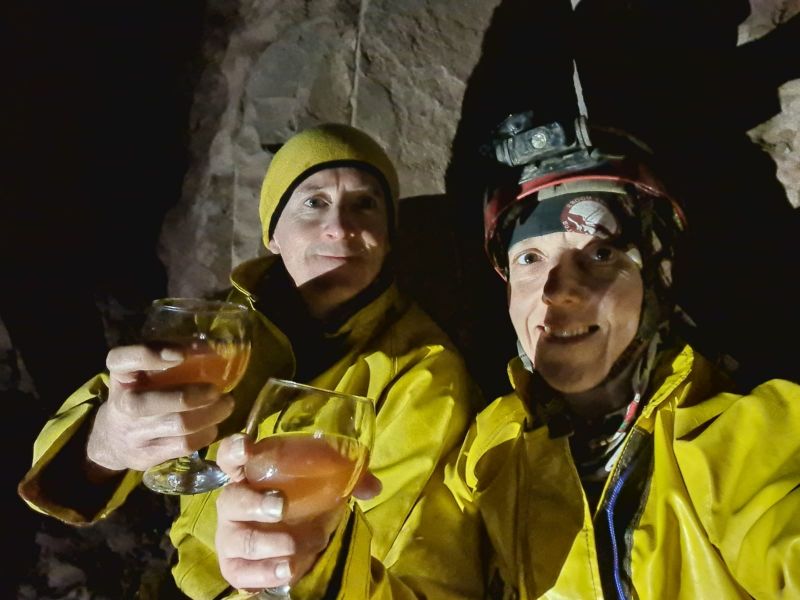 So, the day started off okay, I had planned ahead and charged the lights, Tegs had located our caving kit from the many piles of boxes (still piled up some six months after we moved) then I loaded the car. (It later transpired that this was the limits of my abilities).

It was just above freezing as we left the house but considerably colder as we climbed up and over the Rhigos mountain; fortunately, the weather had been clement for the last couple of days and the road condition was good. A couple of days previously the road was frozen over and impassable and all plans for caving would have been dismissed.

Dropping down into Glynneath, I went straight on at the traffic lights as I was on autopilot and was obviously heading for our woodland.

The second time I approached the lights, Tegs reminded me which direction I was supposed to be going in but at the next junction she assumed I knew where I was going and didn’t say anything. Shame really as I was on autopilot again and sailed straight past the junction, clearly heading home from a day in the woodland.

Turning the car around for the second time, I could see a look in Tegs eyes which basically said ‘this bloke has the directional sense of a supermarket trolley and I’m not sure that caving with him is a good idea’

Nevertheless, we made it to the cave, having first called in at the farm and paid our dues to the farmer. It’s a pound per person I think but I gave him a fiver for the two of us, just for the magic of being able to celebrate our New Year’s Day underground.

Getting changed, Tegs did a star trick and opened the car door against her own forehead, the sharp pointy top corner too.

There was clearly some discomfort and a swelling appeared almost instantly, but I found it hard to be compassionate and instead struggled to hide a smirk ….I did offer an automated response which was something along the lines of ”what did you want to do that for?” whilst inside I was thinking “opening the door onto her own head….. hahahah”.

The cave itself was easy to find, the entrance can almost be seen from the road and is big enough to park a car in; my sort of caving really, open the car door and fall into the cave.

It could only be bettered if the other door opened into a pub carpark.

The crawl in was fairly easy to negotiate, mainly stooping with a short crawly section and some standy-uppy bits until the main passage is reached. The entrance series was only hampered by a wooden box containing two slices of Christmas cake, a bottle of champagne and two glasses which was moved very gingerly to avoid a breakage or premature eruption. – not that any gingers were involved in this procedure although one particularly ginger may create an eruption of sorts, later this evening….

Bridge Cave is quite short although the main passage is impressive, and we explored as much as we could without pushing the flat-out stuff to the sump.

We found the climb to the small high-level stuff and having climbed up, I eagerly scampered across the narrow rock bridge to the other side. Tegs was not keen to cross it and I didn’t spur her on; interesting as it is, it doesn’t go anywhere and the benefits of crossing it didn’t outweigh the risks – particularly as Tegs was having an accident-prone day (apart from the head banging, she had stubbed her toe on the bed leg, burnt herself on the oven door and cut herself with a cake knife too).

Climbing back down to the stream level, we found a comfy dry bit where we could alight and toast the new year with our Champers.

All worked out very well indeed, and I could not think of a more befitting place to enjoy the start of our new year.

We came out of the cave and we greeted by two gamekeepers; under normal circumstances I have an aversion towards gamekeepers, having found them to be more than officious in the past; however, these two were of a different mould and were both friendly and engaging.

One of them had noticed a Scaling Dam Sailing Club sticker in our car window and keen to find out more – it transpired that he knew the North Yorkshire moors quite well and had fished at Scaling Dam before.

I then worked out why these gamekeepers were a little more friendly than might be the norm.

They had clearly seen many, many cavers getting changed over the years and had obviously glimpsed the odd bit of flesh too. Keen to see a little more, they leant against the bonnet of the Land Rover and rolled rollies whilst engaging Tegs in conversation. It was the deft lick of the rollie paper that said it all.

As we drove away, there was still light left in the day so on our route home, we took the opportunity to walk on the Rhigos mountain. It was bitterly cold, so we put a pace down to keep warm then headed off-piste a little, to intersect different footpath to return on; where possible we walk a circular route however the terrain between the two paths crossed a bog which was only partially frozen. I made it across without incident but could not contain a chortle when Tegs broke through the frozen crust; feet going in either direction, I watched in slow-mo as gravity took hold and she was lowered arse first into the bog.

Our circular route took us back to a carpark with a short section of road to walk to get back to the car, it was here in this very car park that we encountered the doggers; they were sat in the back of a steamy Dacia Logan and were clearly enjoying themselves whilst a grotesque Fred West looking bloke in a Volvo parked close-by, enjoyed himself too.

It was too cold to be spectating, so we continued on our way then halfway along the road, Tegs fell over again as her boot laces managed to snag each other.

As luck would have it, she put her hands out to save herself and whilst one was grazed as it slid down the tarmac, the other landed on a five-pound note half buried in the grass. 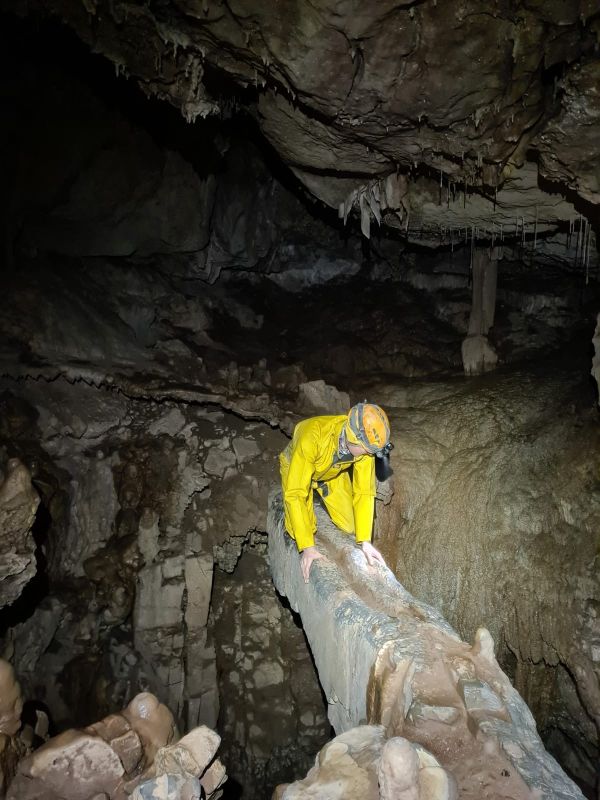 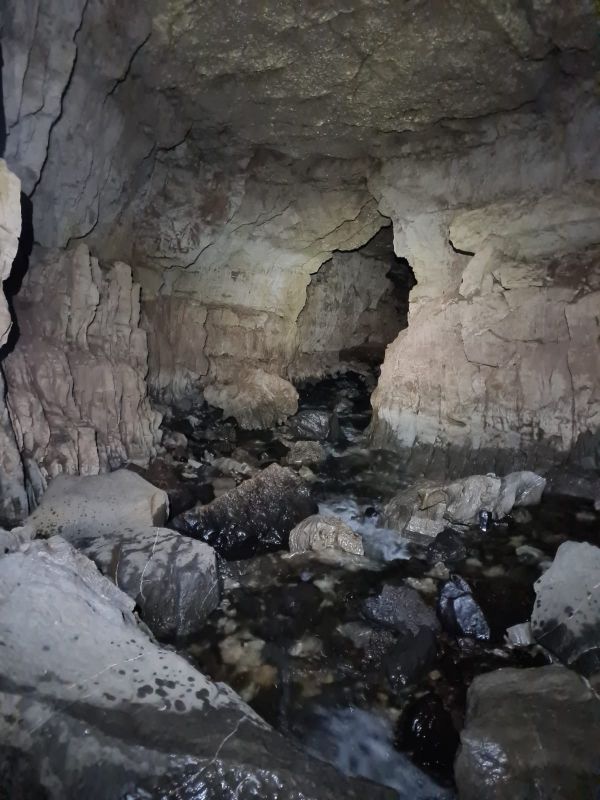 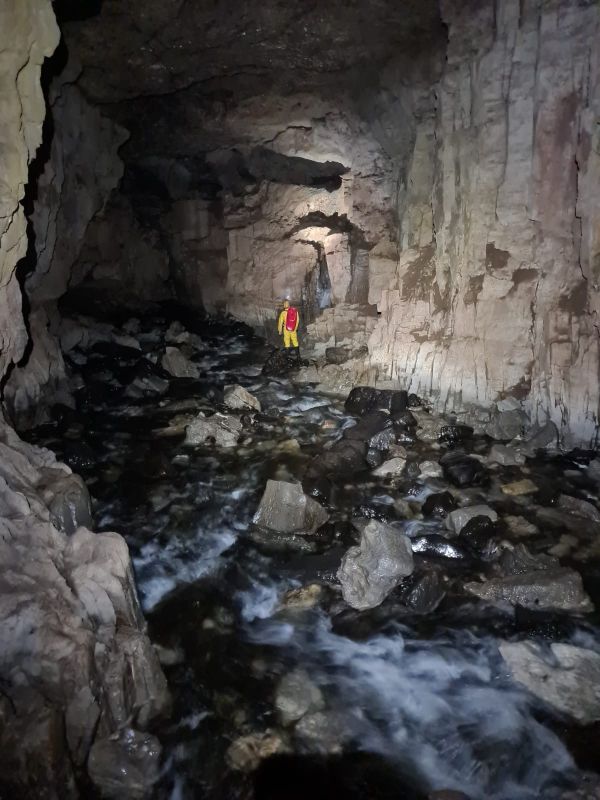 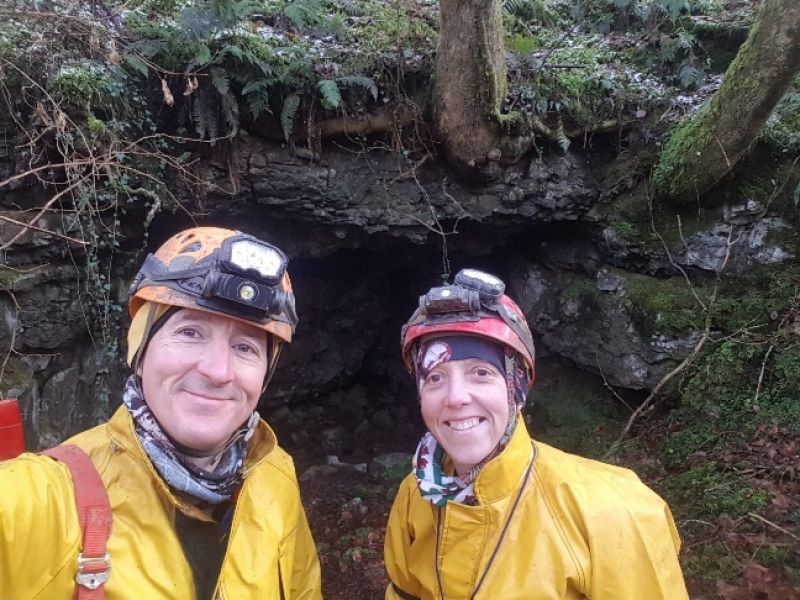