These two caves, located in the east and west cliff faces of Manor Vale council yard at the north end of Kirkbymoorside High Street, have been known for a long time.

The east cave is a classically phreatic passage, starting as an easy crawl/stoop before lowering and terminating at a standing-height rift, with a totally choked low passage continuing. A continuation on the right, 5m into the cave was dug by the Scarborough Caving Club in the 1990s, ending at a smaller rift with a vocal connection up to the main passage and a very small bedding leading off, completely blocked with calcite.

The west cave has two entrances, an upper and a lower, and quickly chokes with boulders.

York Caving Club’s first dig in the North York Moors was Manor Vale East, where we attempted to make progress along the small calcite-choked bedding in 2007 (no success). From December 2011 to May 2012, our digging teams returned to Manor Vale, this time the west cave, where a low crawl a short distance in was excavated leading to an extremely narrow rift. This was enlarged, dropping 6m, with lots of wall calcite and a small draft. We had hoped that this might lead into the passages we ambitiously hoped to lie under Kirkbymoorside. However, 6m down and with no signs of any enlargement (nor signs of the rift ending either), this was abandoned as a dig.

In 2017, we returned to Manor Vale, this time the east cave, for a fresh attack on the two choked continuations. Significant progress was made, and the low calcite-choked bedding was entered into a wide, stal-adorned chamber, but never gaining much height, remaining restricted and no obvious way on. At the end of the main passage, the choked crawl beyond the large rift was also pushed into a short extension, also adorned with stal. However, this too remained low, constricted and choked with calcite, with no signs of enlarging. If there is an extensive and explorable cave system to be found (plausible; it is a large phreatic passage) then substantially more work will be needed.

In 2020, we returned to Manor Vale west to continue mining operations down the rift.

Manor Vale East cave was surveyed by YCC members following the digging efforts of 2017. The survey can be downloaded from our publications section.

Manor Vale council yard (East) has been sold and the council buildings are scheduled for demolition. It is unclear what will be built and what impact this will have on access to the east cave. Any return there seems unlikely in the near future.

The western side of the yard has been partially redeveloped as a new band hall, although the cave itself is just beyond the building, so access here looks safe for now, and work is ongoing sporadically in the hope of entering the fabled caverns extending under the town. 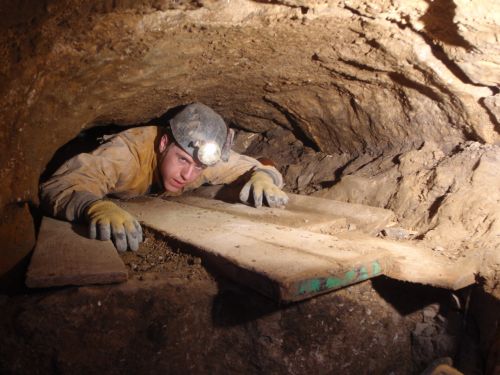 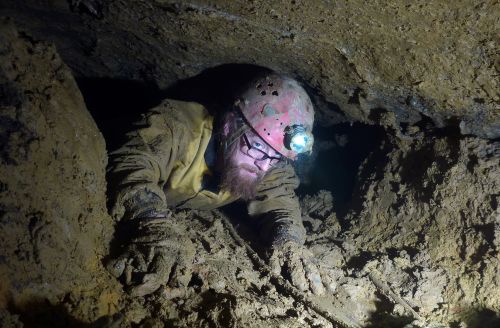 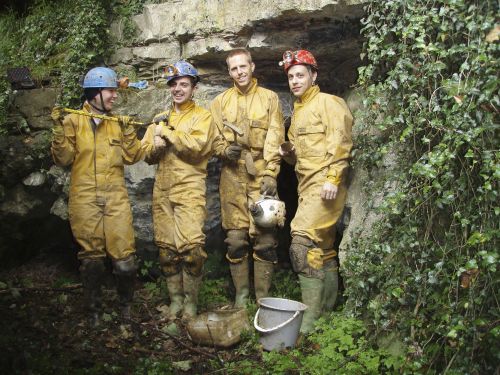 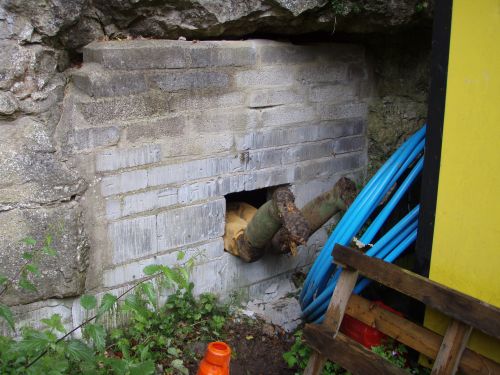