For more information on the jet mines: http://nymcc.org.uk/projects/jet-mines

Many of these jet mines are open and accessible, and for the most part dry and not too hard. They are labyrinth-like and there is a severe risk of getting lost, plus their stability in places is dubious! We suggest contacting the North York Moors Caving Club for the most up to date information if considering visiting.

One of the most significant projects has been the reopening of Sil Howe Whinstone Mine near Beck Hole in the centre of the National Park. Full permission was gained for this. This extensive mine was explored by the Moldywarps, but the entrance collapsed decades ago. We reopened the entrance adit beyond the collapse and fitted a pipe to secure future access. Unfortunately, due to the large amounts of iron in the rock, extensive pools of iron-stained (ochre) water had built up in the mine, which were churned up by the transit of people. Even with the greatest of care, this resulted in the discharge of large amounts of orange, ochre-filled water from the mine entrance, which flows down towards the River Esk, with environmental implications. A settling pond was later built by the mine entrance, but this needs years to establish to provide biological filtration. For now, access to Sil Howe is off limits as it has the potential to cause environmental issues.

The major Ironstone projects have been at Rosedale, with efforts to reopen some of the collapsed entrances to the extremely extensive Rosedale Ironstone Mines. Entry has been gained in a few locations, but bad air is encountered often as little as 50-100m from the surface (a common issue for most Ironstone mines). Any hopes of getting further into the once-extensive workings here will rely on achieving some kind ventilation (e.g. reopening air shafts).

Mines (particularly Ironstone) can be particularly hazardous due to poor oxygen levels even relatively short distances from the surface. We strongly advise ANYONE considering exploring ANY mine in the area should go with oxygen meters. Furthermore, mines can be extremely unstable, and original props supporting ceilings have rotted away in many locations. In summary, we recommend speaking with the Cleveland Mining Heritage Society for advice before any trip.

For a history of mining and our exploration of the ironstone mines at Rosedale see our second Journal (which can be purchased via our publications section). 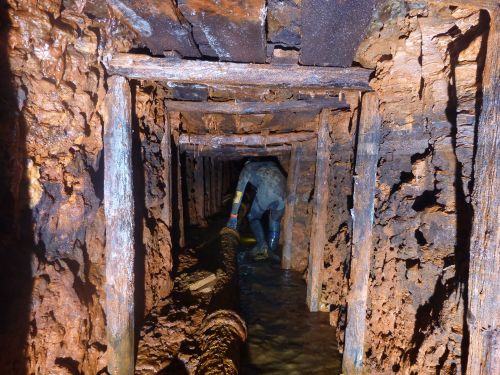 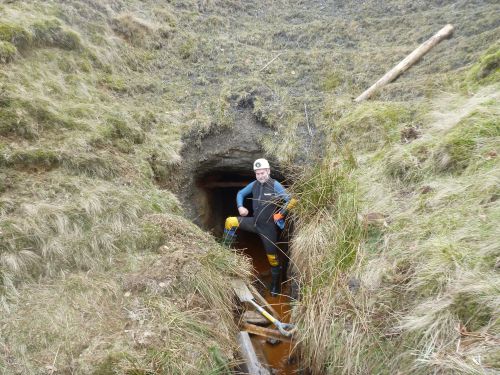 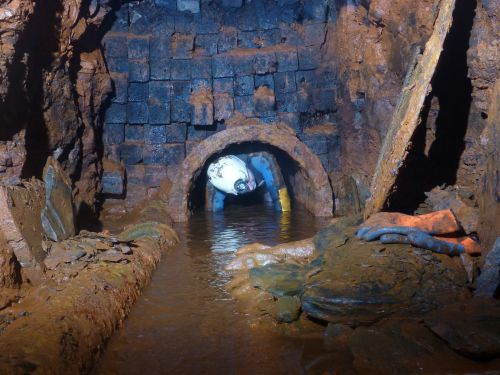 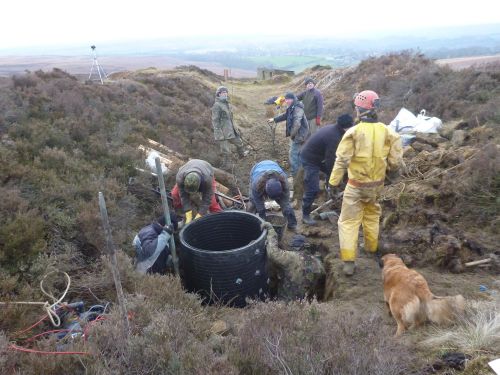