One of our fellow diggers from NYMCC, Richard ‘Sparky’ Edwards was made aware of a new hole that had opened up near Old Byland during early 2011 when a wheel broke through the surface of a grazing field overlooking the Rye valley.

The hole was explored and found to lead into a substantial new windypit comprising several east-west rifts connected by boulder ruckles and requiring several up/down pitches to fully navigate to the end (the largest being the 14m main pitch).

The entrance hole joins the Windypit conveniently at its westernmost extreme (further west is blocked by boulders). The cave is 100m long over-ground (although a trip through it will easily cover twice that distance with all the up/down sections) and has a total vertical range of 29m from entrance to lowest point, comparable with other major Ryedale Windypits.

MSG Hole is formed, like most windypits, due to land slippage down towards the valley of the River Rye, although as with Old Fat and Past It Pot in Dalby Forest, there is evidence for some solutional activity since then, including some wall calcite.

Anchors were installed on the various pitches and the hole fully surveyed by members of York Caving Club over the weeks that followed.

We had several plans to dig both ends of the Windypit to see if there was a possible continuation, unfortunately, soon after the completion of surveying, the temporary fence surrounding the entrance was blown over during a night of extremely strong winds, and several sheep were lost into the hole. The landowner capped the entrance.

The entrance has been capped and there is unfortunately no access to MSG Hole for the foreseeable future without prior arrangement with the farmer to lift the cap (requires a tractor). A Christmas trip into MSG Hole in 2017 with landowner consent, identified that the poor sheep had long since gone, making prospects for any future trips much more pleasant. 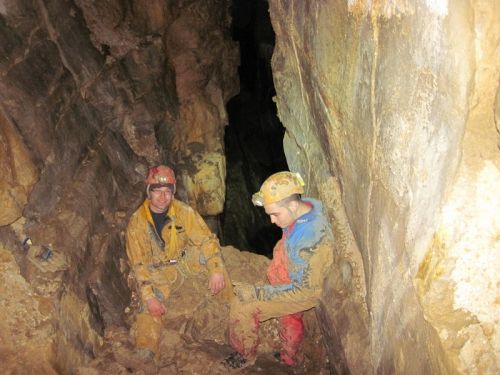 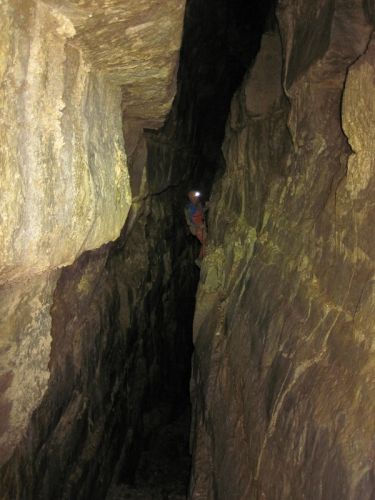