The Northern Pennines (the region above Swaledale up to Weardale) remains a relatively untapped area for finding new cave, despite heroic efforts by groups such as the Moldywarps. It is still possible to stumble across new discoveries in this area is you go off-piste a little.

The Stang Forest has been an area of interest for us, between Reeth and the A66. During a prospecting walk here in 2012, shortly after the area had been deforested, we stumbled upon several new and completely undescended, uncatalogued potholes. Most were small and only several metres deep pinching in with no way on, but it is surprising how much is still untouched in the UK!

Several already catalogued pots in the area also reach a similar depth. The area sits near to a known cave system called Faggergill, accessed via mine workings, with no permitted access for cavers, but with huge potential for an extensive system to be found.

A substantial stream was observed to sink at Doorgill Head, and over the course of 2012-2014 we had several visits here to chemically enable access to the cave passage. A thrutchy crawl of several metres was enlarged, reaching a point where the water tumbles down a shaft of loose rubble, which was mined. At the bottom, the water then disappeared down a fissure, only 15-20cm wide but vanishing down several metres. Lots more work will be needed for further progress.

There are a number of other sinks along a narrow surface exposure of limestone, and that limestone may carry the water from all of these sinks 3-4km to the large resurgence at Roughton Keld, giving rise to the potential for a significant system.

Several of our members have collaborated with the Durham Cave and Mine Club in prospecting other sites across Teesdale and Weardale, and some of our members are actively pushing leads in Fairy Holes in collaboration with other clubs.

In 2020 a new initiative revisiting The Stang has been launched by several of our members and we look forward to some lovely weekends in this stunning area and maybe even some discoveries too! Watch here for more news in due course. 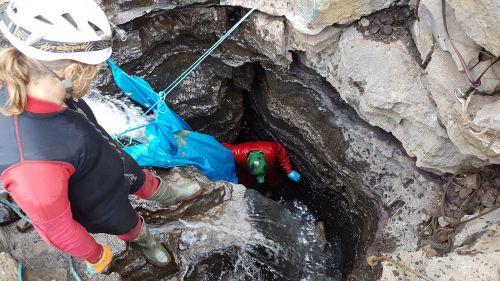 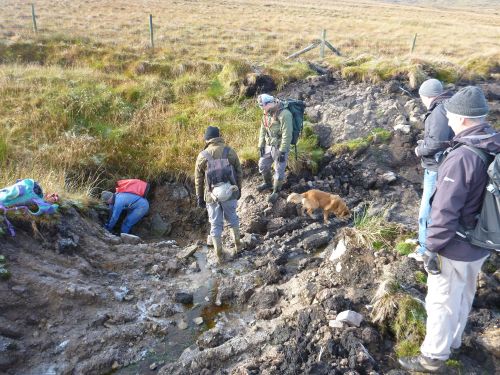 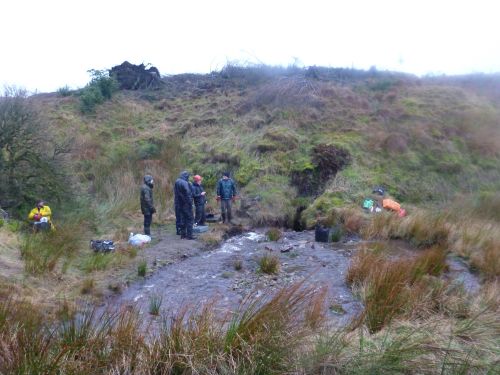 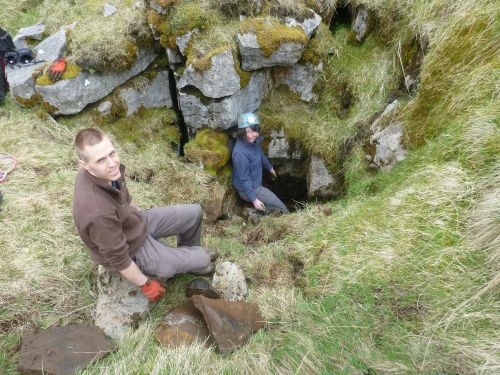