Bogg Hall Rising, also known as Spring Head, has been a known active rising for many years. Water flows from the low sumped entrance throughout the year into the River Dove about 200m north of Keldholme.

Had this been in the Yorkshire Dales, it would have been dived in the 1960s, but as it was located where nobody expected to find active cave, it was not explored until 1981 when Shackleton and Griffiths of the Cave Diving Group passed sump one to emerge in an airbell. Then in October of the same year Richard Wilsdon and Neil Hanan of Scunthorpe Caving Club passed sump two and explored 150m of river passage terminating at a deep sump pool called The Font.

This was a pivotal moment in North York Moors cave exploration, as it was the first discovery of active cave in the area, and proof that such systems can, and do exist.

In 1998 Scarborough Caving Club began work to create a dry entrance at one of the higher avens just beyond the sumps. This entrance became known as ‘Oh My Ears and Whiskers’ on account of its location at the foot of a tree, and it allowed access to the cave for non-divers.

In the years that followed, The Font was dived by various people and the limit of exploration remains at a depth of around 18m, at which point the upward force of the water through a narrow descending passage prevents further progress.

In a dive by Adrian Hall as recently as 2016, he reported possibly having reached the bottom, where the way on may have been more horizontal, but this is too tight, awkward, and progress is hampered by the force of the water. It seems unlikely that further progress is feasible.

Bogg Hall Rising is the resurgence for Guinevere’s Slit and other sinks in the River Dove, plus Hutton Beck via Excalibur Pot and Jenga Pot, with the water from each of these appearing to take their own separate course down the valley and then merging somewhere before reaching The Font. Current work is slowly homing in on how all these different inlets converge and recent (2020) extensions to Jenga Pot seem likely to add significantly to this understanding over the coming years.

Bogg Hall is a superb afternoon trip for cavers with wetsuits. A trip down to The Font and back should take no more than an hour and is guaranteed to provide one of the most enjoyable and memorable short trips underground, especially on a nice sunny day in low water.

There is not expected to be any further dry passage to find in Bogg Hall.

Work using a ferret tracker has shown that the ascending muddy boulders beyond The Font, dug originally in the 1980s-1990s, comes within metres of the surface on the hillside of the River Dove, so there is nothing to be gained here. These muddy digs are typically occupied by an otter, which no doubt has very sharp claws and big teeth and so is best left alone (although a few of our club have been privileged to be joined by it for a swim in The Font sump pool, which came as somewhat of a surprise).

In 2019 a large tree which had fallen across the entrance, was impeding the speed of the flow, resulting in the accumulation of sediment in various sections of the cave. The tree was removed with help from a local farmer, and a chainsaw, and the accumulated sediment seems to have mostly cleared.

Bogg Hall was re-surveyed by YCC members Matt Ewles, Gary Douthwaite and Nick Warburton. The survey can be downloadef for free from our publications section. An updated version with Ian Dawson’s sump survey included will be published in due course.

Bogg Hall is on private land, however, it is also right next to a public footpath and so may be accessed without prior arrangement using appropriate discretion. In all our time working in the North York Moors we have never encountered and issues with accessing Bogg Hall Cave. 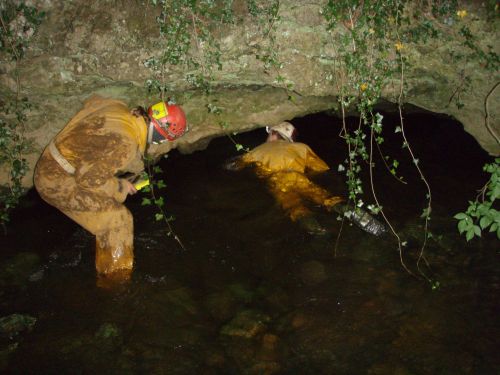 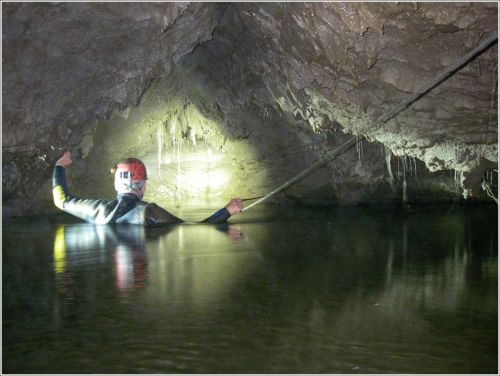 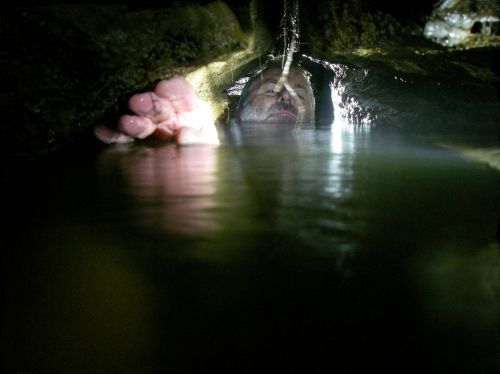 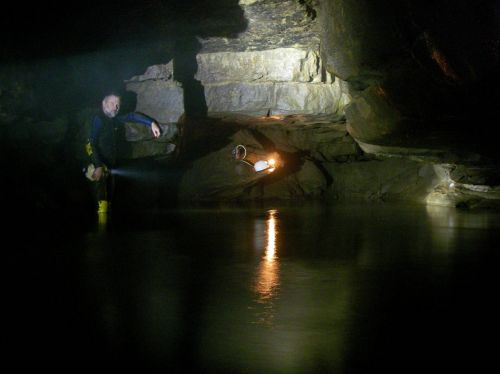 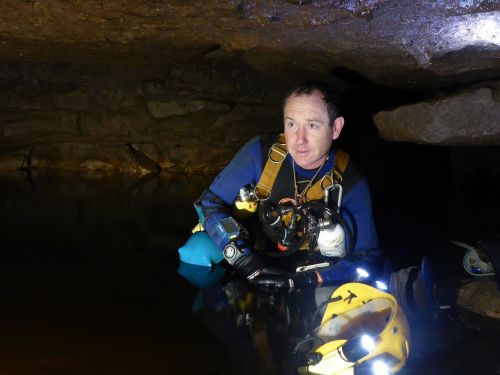