Approximately 400m downstream of Excalibur Pot in Hutton Beck lies another sink at which a substantial volume of water is swallowed in flood. Soon after the discovery of Excalibur in 2007, digging work started at this sink. The new dig soon acquiring the name of Jenga Pot in testimony to the stacked boulders down the excavated entrance rift.

Digging at Jenga Pot occupied us for five years. During this time, we opened the large natural rift below the entrance. From the bottom of this rift a short tube was enlarged to reach two parallel rifts. Several routes onwards from these occupied us for most of 2009-2011 until eventually they all became unviable and we moved to projects elsewhere.

Since the day we started digging and throughout the entire project, Jenga produced a substantial draft. This, combined with the large volume of water swallowed at the Jenga sink, gave us the motivation to keep digging. The water resurges with the Excalibur Pot water at Bogg Hall Rising, yet Jenga is at least 300m from the Excalibur Pot Main Streamway so presumably must have its own independent route for water. The potential for another Excalibur-sized cave was huge but this system was proving harder to find.

The full story of the digging at Jenga Pot can be found in our journals.

In late 2012 after a break to pursue other projects we returned to Jenga to push one last possible continuation. Mining down a new rift occupied us through winter 2012. By March 2013, with the winter floods subsiding we reached a block-choked aven. Mining down this aven through April 2013 eventually reached a phreatic tube leading off at floor level and our years of hard graft were finally rewarded.

The initial passages were 30m of tight, wet and awkward crawls, The Slops, which emerged into some higher-level crawls. On the first full night of exploration, we explored about 350m of new passages, mostly crawling height but with a few larger chambers, including the Main Chamber, Chertnobyl Chamber and Sandpit Chamber.

A few weeks later some relatively simple excavation work beyond Sandpit Chamber gained a low, sloppy continuation, rising back up into a much more well-developed phreatic passage to a choice of ways. The left branch is potentially an inlet from an abandoned stream sink. The right branch reached a large impassable boulder choke with a strong draft emerging.

These discoveries put the length of Jenga Pot at about 500m of new cave, and most interestingly, the choke at the north end of Sandpit Passage was drafting, and only 40m from the furthest reaches of Shit Creek in Excalibur Pot.

Jenga had no stream but was nonetheless hydrologically active. In flood, the Sandpit sumps completely and water enters the system at several locations, including a sink 15m upstream of the entrance (The Seth Pit) which opened briefly during a flood. A sump at the south end of the system offered some hope for further exploration too.

Unfortunately, when the first post-summer flood of 2013 arrived, it redistributed lots of the silt in The Slops, meaning it needed digging out again to regain access. Therefore, as a final project for 2013, with the survey complete, we identified and quickly dug a more all-weather route into the cave in a matter of hours.

In early 2014, work commenced on the drafting boulder choke at the northern end of Jenga Pot. This took several sessions, and lots of scaffolding, but a way up through the choke was found. Beyond, we explored another 100m of cave, including four large chambers in succession; The Hello Kitty Extensions.

Soon after this, work started on another surface entrance, The Secret Dig, which in a matter of months had gained direct access into Shit Creek in Excalibur Pot. This new entrance was of great importance, because it facilitated digging in the area between Excalibur and Jenga Pot and was pivotal to a breakthrough that led to the 2015 connection of the two caves (discussed under the Excalibur Pot section).

In 2015, we pumped out Sump One, a static sump at the southernmost end of Jenga. This sump was about 13m long and ended at Dinosaur Penis Bone Chamber, beyond which was another sump. Sump Two was stooping height in neck deep water to an apparent dead end. This was left alone for a few more years.

Several other minor projects were completed post-2015 in Jenga, including the rediscovery of the Shit Creek water from Excalibur down a mined rift under the northernmost chamber of Jenga, and the finding of a large chamber (IB3) above the scaffolded boulder choke.

In 2019, Sump Two of Jenga Pot was revisited, and was passed by an elaborate pumping setup, to reveal 15m of dry passage and a third sump. In 2020, Sump Three was passed, by an even more convoluted pumping setup, to reveal approximately 1km of new extensions, including some large walking or stooping height passages extending some distance south and west of the known system.

Although most of the water sinking into Jenga Pot in flood today seems to find its way into an immature lower level bedding complex which permeates the cave (too small to explore), clearly what we had found in 2020 would once have been the Jenga Pot main drain. It may still be hydrologically active in flood today, but as access is via three sumps, you wouldn't want to be there to find out!

The new extensions include a streamway entering after 250m, and 200m later, sumping again. Preliminary surveys put the new downstream sump under Dowson's Field, not far from the River Dove and The Well in the next valley to the west! There is also a second branch that may even be an inlet from a sink in the River Dove. Work is ongoing (2020-2021) to understand this.

Along this second branch, a small muddy inlet was excavated, leading to about 150m of additional spacious passage, passing under a tall drafting aven, and then ending at a major streamway. The streamway is only 2-4ft high in general, and sumps upstream after 15m and downstream after 60m, but is almost certainly the Excalibur Pot streamway, based on its predicted location and observed volume of water.

This is an extremely active project, with detailed surveying, digging, and diving projects likely to keep us busy for at least a couple of years.

Jenga Pot can be visited by cavers, and details are the same as per Excalibur Pot.

It is possible to enter the system at Jenga, and take a lengthy (and in places, quite arduous) trip all the way to the Excalibur Pot Main Streamway. The whole system is very water-sensitive and parts of the connection between Jenga and Excalibur will sump very rapidly when Hutton Beck flows at the cave entrances.

The survey of Excalibur/Jenga is available to buy on paper or download for free from our publications section. 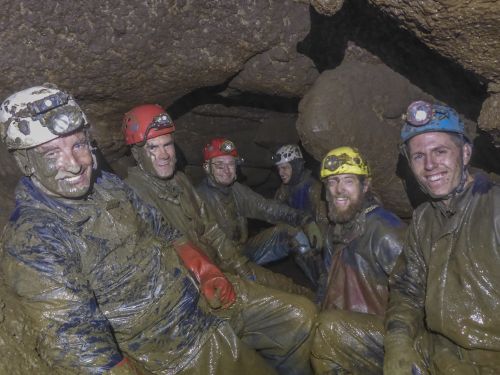 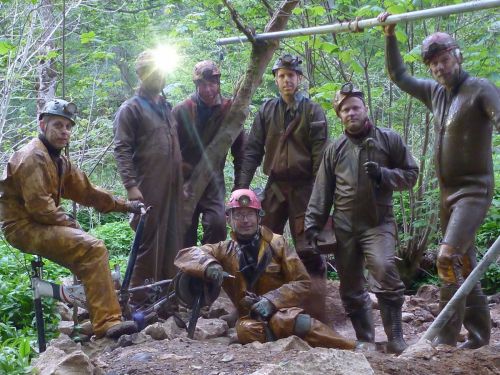 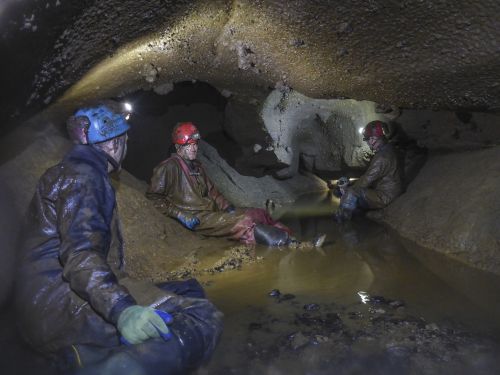 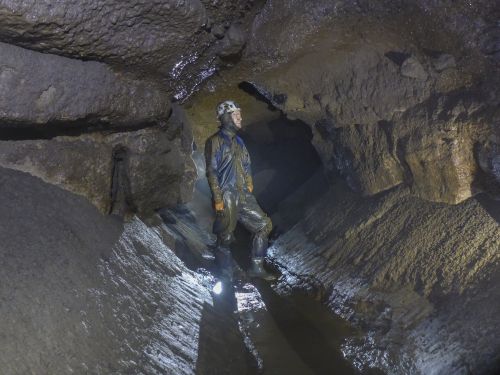 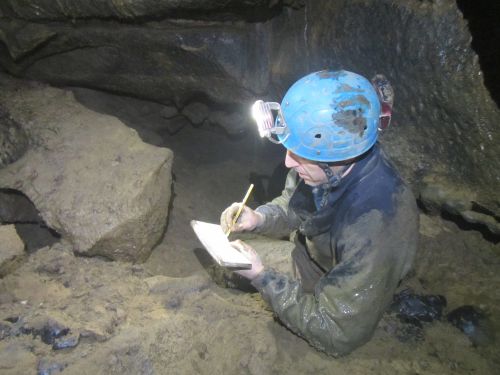 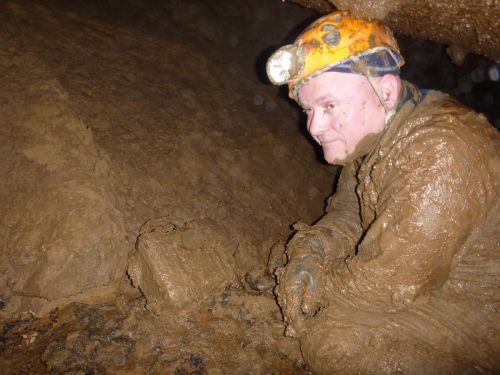 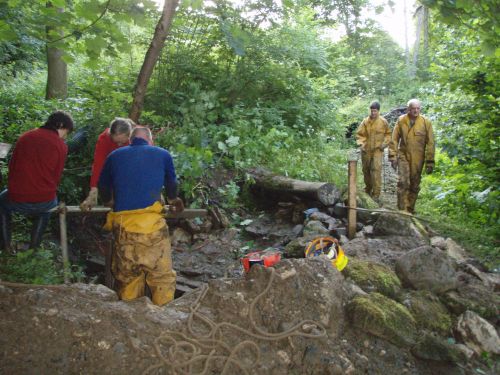