The River Dove flows down the valley of Douthwaite Dale, past Bogg Hall Rising.

This is the valley west of Hutton Beck and Excalibur Pot and Jenga Pot. The Dove sinks a short distance south of the Fish Farm at Yoadwath and at several sites further south of here, leaving the riverbed completely dry downstream of the sinks in normal settled weather conditions.

The water that sinks from The Dove resurges back into The Dove at Bogg Hall Rising, along with the water sinking at Excalibur Pot and Jenga Pot, these three systems having merged underground somewhere (work is ongoing to understand this).

Work in the River Dove valley has been limited as some of the sinks were filled with concrete at some point in the past. However, in just the time since we started work (2007), new sinks in the riverbed have opened. One sink further down the valley, Guinevere's Slit, was found in 2009. This drops through a narrow slot in the streambed 3m into a river passage which sumps after several metres in both directions.

In the nearby field, an old well (The Well) also drops into submerged river passage. Initial exploration was performed by divers from Scarborough Caving Club in the 1990s, who found that beyond the constricted entrance the downstream sumped passage opens out to reasonable proportions. The divers lacked the equipment and experience to pursue this further than approximately 20m, but report that open passage awaited exploration.

In 2011-2012, following a productive encounter with Dave Ryall and Bryan ‘Scoff’ Schofield at Hidden Earth, two well-known cave divers, they took interest in our case and came across to the North York Moors to have a look at Guinevere’s Slit and The Well. Guinevere’s Slit was dived for 40m to an area of breakdown where the water was lost amongst boulders, almost certainly just upstream of The Well. In 2014, the duo returned, and Scoff dived The Well downstream for 40m, exploring some large passage, turning around only because of air reserves with open passage continuing. One of the biggest challenges in diving The Well proved to be the high flow rate of the water, making return progress upstream challenging.

More recently, another hole opened up in The Dove just downstream of the Well (Guinevak's Hole). This dropped into sumped passage probably near to the limit of exploration from The Well (the passage crosses underneath the river in that area). This may therefore provide an easier route of access for future divers.

Landowners, keepers and local residents tell many stories of caves in the area dating back several decades. Some of these have actually been proven by our work. One such story is of someone who once entered The Well in extreme drought when it, and the River Dover were completely dry, and who travelled along a passage where they reached a chamber with two waterfalls. As we now know that at least two active cave systems merge underground in this vicinity (Jenga and Excalibur), the story has plausibility.

Further work at Guinevere’s Slit might connect it to The Well, which is about 40m downstream of the current limit of exploration.

The Well could benefit from a return dive in extremely low water conditions when the current is less problematic for the diver. There is open passage to explore and Bogg Hall (the resurgence) is still at least 500m away. This has become of particular interest since the 2020 extensions of Jenga Pot. These new extensions continue all the way to under the field near The Well. Examination of the passages downstream of The Well for possible inlets is needed to identify the inlets from Excalibur and Jenga Pot.

A sink only 100m downstream of the top sinks (250m upstream of Guinevere's Slit) is currently being dug in the belief that the water sinking at this sink enters the Jenga Pot system rather then the River Dove subterranean system. This follows the 2020 discoveries in Jenga Pot.

Both Guinevere’s Slit and The Well were surveyed during diving and results have been reported in the Cave Diving Group’s publications.

The entire stretch of the River Dove is on private land, and as of 2018, is subject to an extensive property development on Ravenswick Estate further up the valley which appears likely to severely hamper access here. The field with The Well is also part of the same development and is likely to become a private garden. Please contact us if interested in visiting the site so we can provide you with the most up to date information. We are doing everything possible to make contact with the owner to try to preserve the caves and access to them. 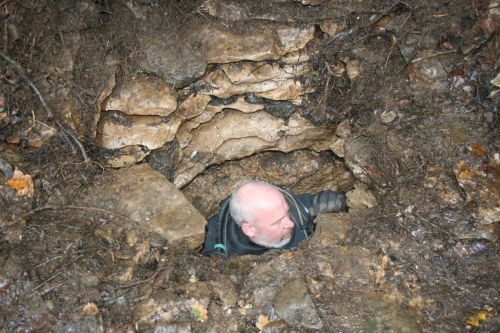 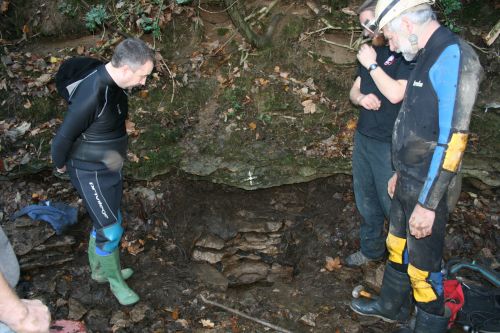 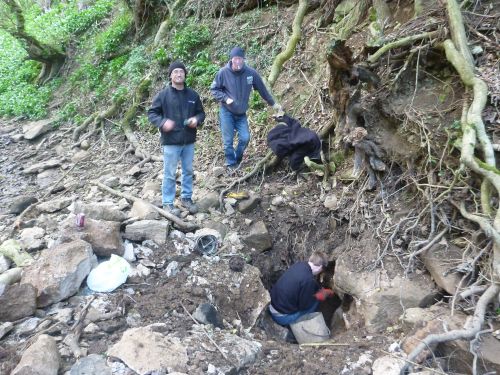 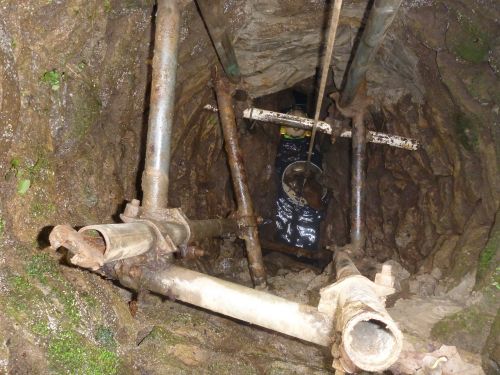