Mutton Butty (‘The Butty’) started life as nothing more than a depression in a hedgerow between two fields, situated a mile east of Excalibur Pot in the hills above the Intake Plantation from where we suspect percolation water may enter the Excalibur / Jenga system.

In August 2011, with landowner permission, we started excavating the depression, soon identifying it to be a limestone rift with signs of water modification. Mutton Butty may have once been a water sink but is now heavily choked with mud.

Through 2011 and 2012, a large amount of effort was put into Mutton Butty, reaching a total depth of about 8m in a spacious, but entirely excavated rift passage. A speculative draft came and went but never anything conclusive. As efforts returned to Jenga Pot in late 2012, Mutton Butty was left in abandon, and some of the earth around the hole collapsed. Other than some work to restore the surrounding ground and make the hole safe, it was left alone for several years.

We returned in 2019 and re-excavated The Butty, spending several sessions regaining progress made several years earlier, and this time installing a proper pipe entrance to prevent further collapse. Yet again, there were definite glimmers of a draft from the lower parts of the rift, although visually it seems everything is still entirely mud choked. Mutton Butty remains a speculative project.

We still have unfinished business at Mutton Butty. As well as being an all-weather dig site (which the farmer is amendable to us working at), it is a sizable water-worn rift/shaft, with solid walls, high up on the limestone above the Excalibur Pot system, and with a suspected draft. The Butty will no doubt be a project that keeps drawing us back now and again.

Mutton Butty is only 30m from a public footpath, but is in a hedgerow between two agriculturally active fields. A visit by a curious caver shouldn’t be a problem (park on the road to Appleton-le-Moors by the copse of trees 1km south west of the village). If any farmers are present, check politely with them first.

At present, there is nothing worth surveying. Fingers crossed that changes one day. 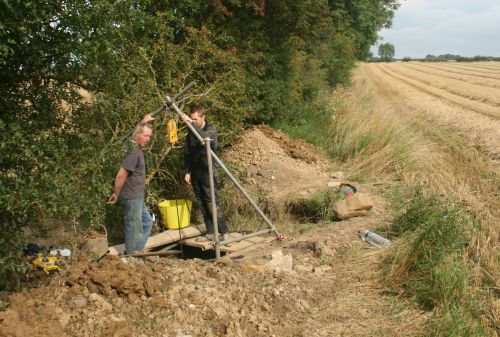 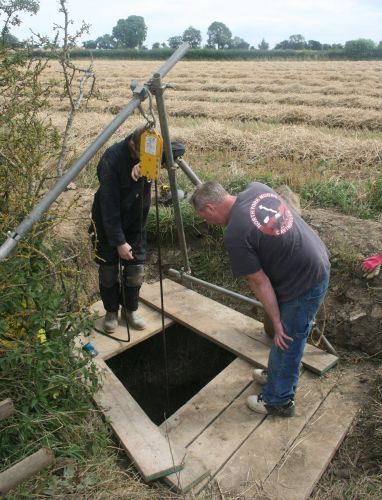 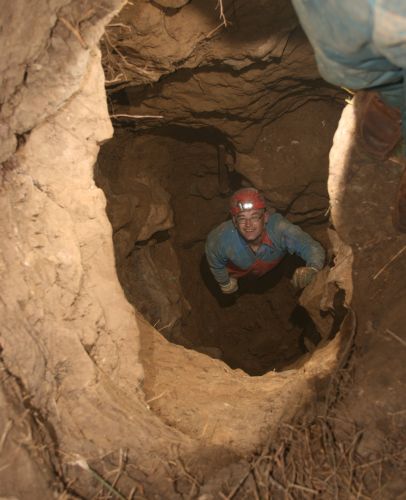