The most extensive and well known of the Windypits are located in Ryedale, the valley of the River Rye. These include Antofts, Slip Gill, Bucklands and Ashberry Windypits. These were discovered by modern man during the early part of the 19th century, and are between Duncombe Park and Hawnby. They are formed by slippage or subsidence of the local limestone rock, possibly during the last ice age. Windypits are not limited to limestone and can form in many different types of rock.

The name ‘windypit’ is a local term thought to refer to the rising of warm or cold air from the fissures. During cold weather, mist-like steam can be seen rising into the air from the fissure, even from quite a long distance away. Fitton and Mitchell performed some of the earliest studies of the windypits, identifying that they have no streamway (and are not water formed), and they typically have deep or very steeply sloping entrances where a collapse has occurred.

Extensive exploration began in 1949 by members of the Scarborough and District Archaeological Society. John Ford of Douthwaite Dale was one of a small party exploring the depths of Slip Gill Windypit, one of the largest holes with a 23m (75 feet) vertical pitch requiring ropes and ladders. Meanwhile, the Yorkshire Ramblers Club explored and mapped Buckland’s and Ashberry Windypits.

There are at least 40 known Windypits across the North York Moors, including the classic Ryedale windypits. The next four most extensive are Noddle End Windypit near Hawnby, Blood Windypit near Wass, Old Fat and Past it Pot (OFAPIP) in Dalby Forest, and MSG Hole near Old Byland (the latter two having had their entrances opened in the last few decades).

New windypits continue to be discovered annually, the most recent being Thunder Windypit, discovered by NYMCC members using LIDAR data in 2020 (Descent 275). At approximately 50m long this is a reasonable find by North York Moors standards and an excellent example of new technology being applied to cave exploration.

In general, the windypits are found on plateaus at the top of valleys, where the movement of the entire side of the valley has opened up a series of underground fractures which may later become open to the surface due to more localised collapse. There must be hundreds of very substantial windypits where a surface collapse has yet to happen, so we have not yet found them.

Several of the largest windypits are hundreds of metres long and up to 30m deep, with multiple parallel rifts or fissures that can take hours to explore. They are often unstable as they are formed by land slippage and not the action of water, so stacks of loose blocks may need to be negotiated.

Some of the windypits have been solutionally developed slightly since their formation by dripping water resulting in some calcite formations and moonmilk in places. A particularly good example is Old Fat and Past It Pot in Dalby Forest. This shows evidence of solutional enlargement after its original formation, and excellent moonmilk deposits on the walls (sadly partially vandalised now).

Archaeologists exploring the windypits of Duncombe Park discovered a number of bones, mainly from the remains of dogs, sheep, deer, and hogs, however unusual animals such as horse have also been found. Many human bones have been found mainly from Neolithic Man, who during the Stone Age lived in the fissures and made burials. The remains of hearths and evidence of burning is well preserved in some locations.

In 2006 a group known as the Windypit Forum was formed as part of the North York Moors National Park Authority. This group comprised archaeologists, ecologists and cavers. The purpose of the group was to create a long-term plan for controlling access and to protect the archaeology of the classical Ryedale Windypits (Antofts, Bucklands, Slip Gill and Ashberry) while enabling access to those with genuine reason to request a visit. During the early days, York Caving Club members attended the meetings to help provide a caver perspective.

Searching for new windypits is a fun pastime, and a simple off-piste walk around the edge of a valley, searching through undergrowth or amongst rocky crags at the top of steep-sided valleys, may well yield results. Modern technology (LIDAR) is now being used to spot suspicious depressions on valley edges.

Surveys and descriptions of several Windypits can be found in Moorland Caver.

The survey of MSG Hole is available here

We have started work to resurvey some of the windypits, particularly those where no survey exists. We have already revisited Duckendale, and further work at other sites is planned to supplement republication of Moorland Caver.

Several Windypits may be accessed from public footpaths. Noddle End and Blood Windypit are two of the most extensive which are near public footpaths and accessible with common sense and discretion. Several other smaller windypits (Duckendale, Cockerdale, Hill Fort, Vista, Spider, Gowerdale etc) are similarly accessible with appropriate common sense, and courtesy to any farmers or gamekeepers you encounter.

Old Fat and Past It Pot in Dalby Forest (one of the area’s finest trips) is locked but may be accessed by contacting the Forestry Commission in Pickering for a key.

MSG Hole is sadly off-limits due to being capped by the farmer.

The Ryedale Windypits of Duncombe Park (Slip Gill, Antofts, Bucklands, Ashberry) are unfortunately not accessible. The following is a statement from the North York Moors National Parks:

The Ryedale Windy Pits lie on private estates and contain vulnerable archaeological deposits. They are also notified as Sites of Special Scientific Interest for their geological and biological importance, the latter as a hibernation roost for bats. Consequently, access is not permitted unless as part of an approved programme of scientific or archaeological research. For further information or to discuss access further please contact the North York Moors National Park Authority. 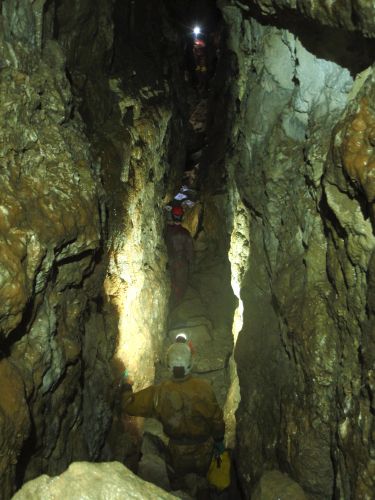 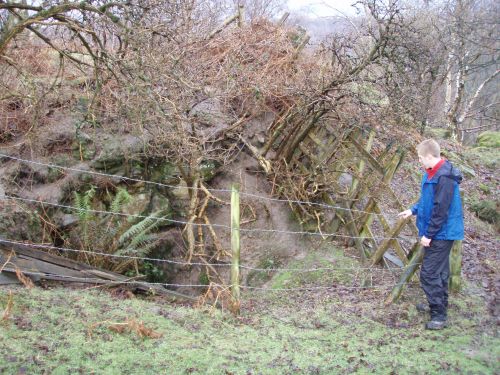